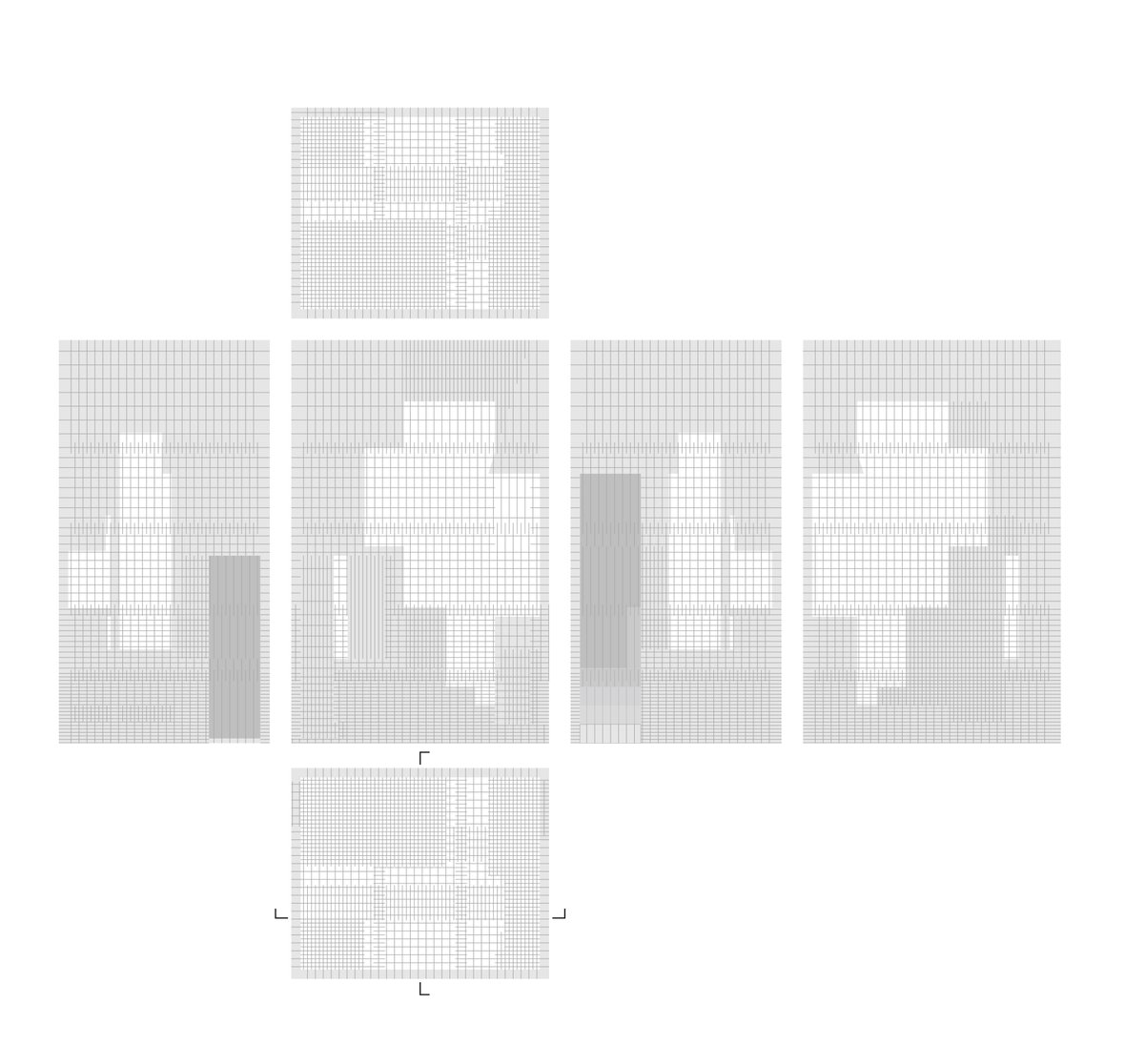 A group project. Each group was tasked to build a space/ a Wunderkammer in which to organize and curate a collection of individually created cabinets. Time was limited and the design process cut short in favor of cutting the design and putting together our four-meter high house made out of corrugated paper. In total, a unit of forty students built eight projects and together created a wunderkammer labyrinth. 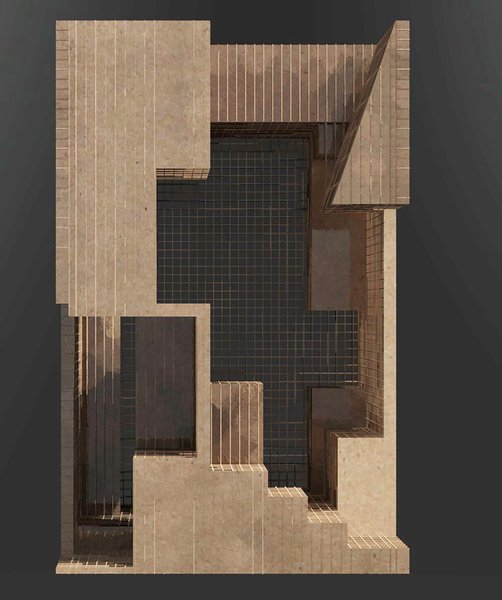 Rendering made by Anders Vedeler 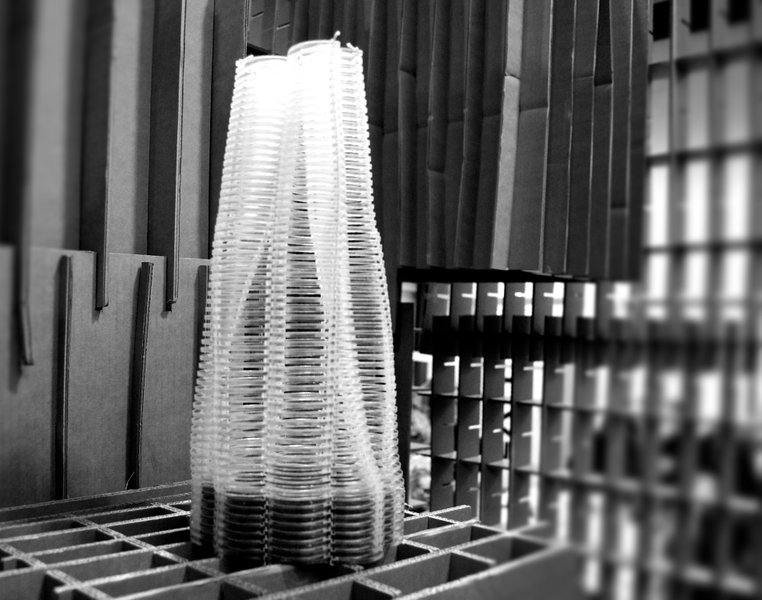 Cabinet of Curiosity on shelf inside Wunderkammer. Photo by Cecilia Margareta Tjärnberg 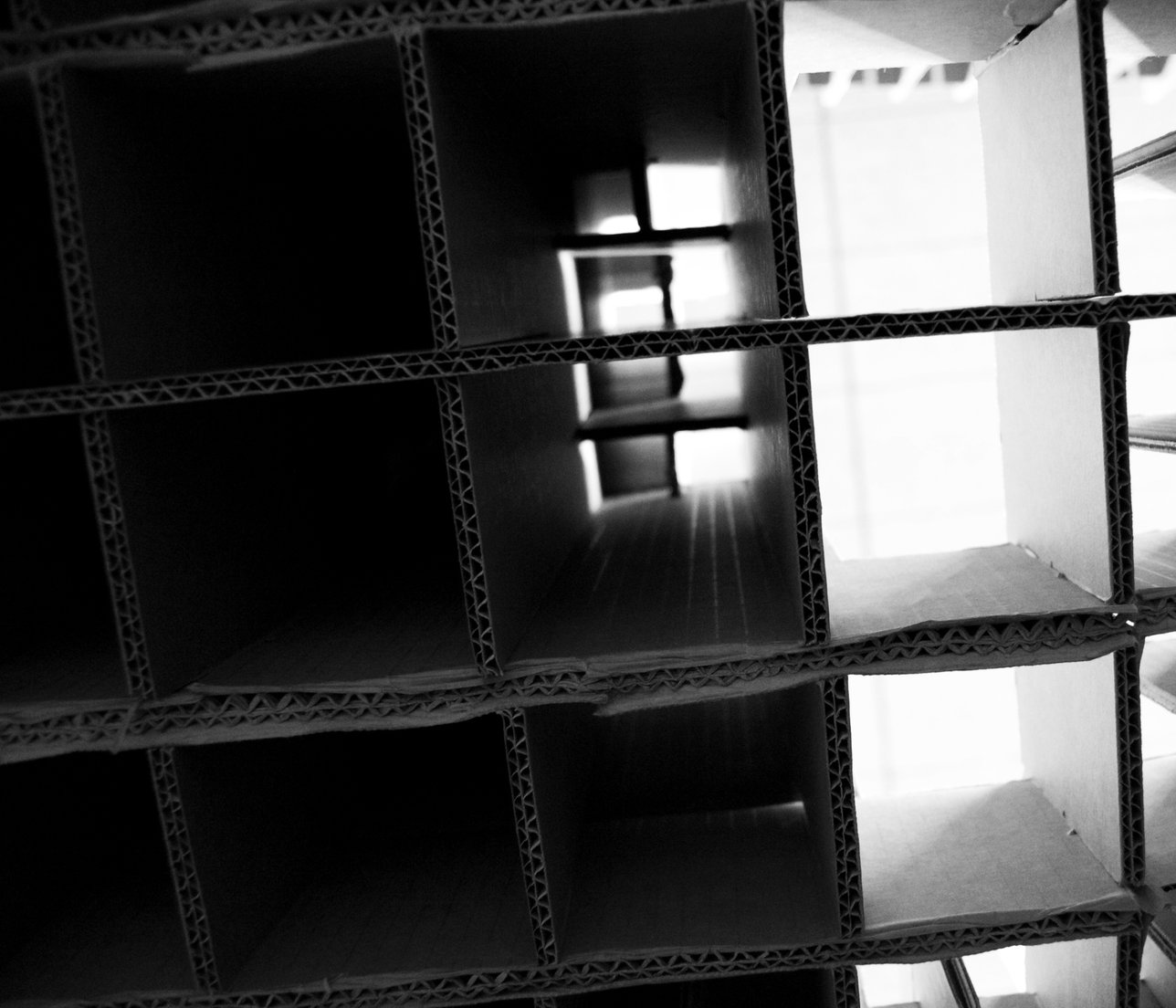 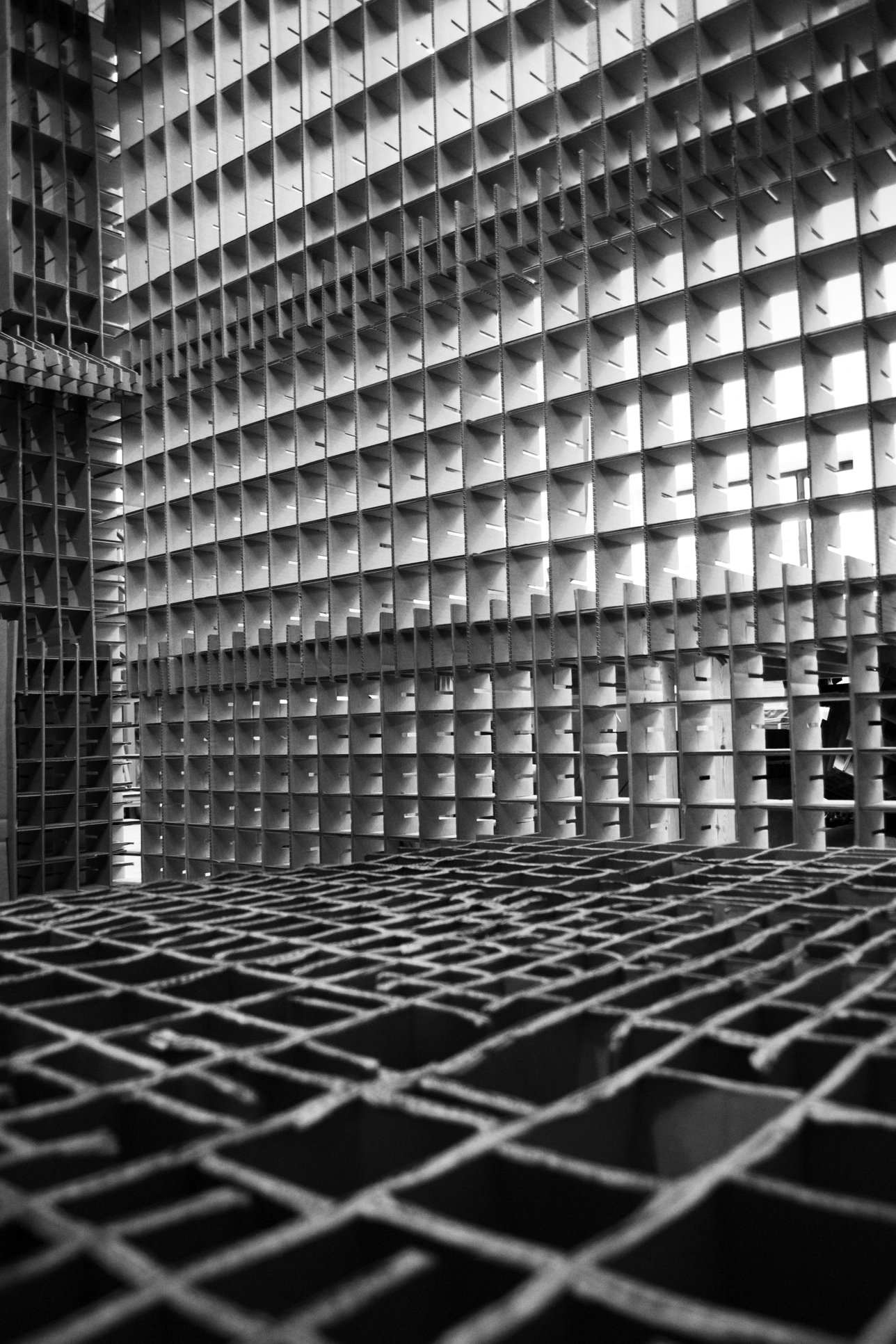 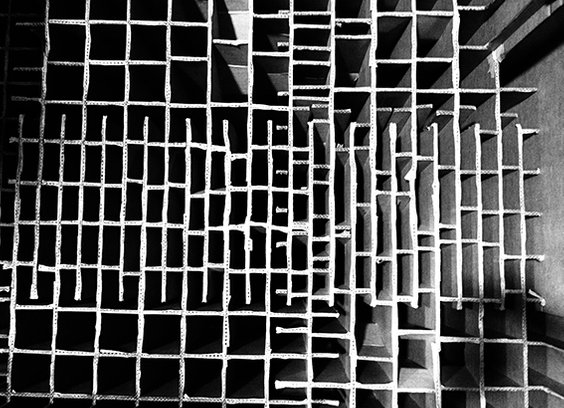 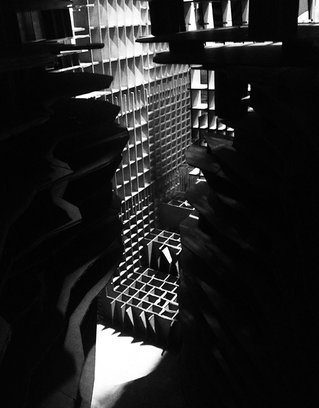 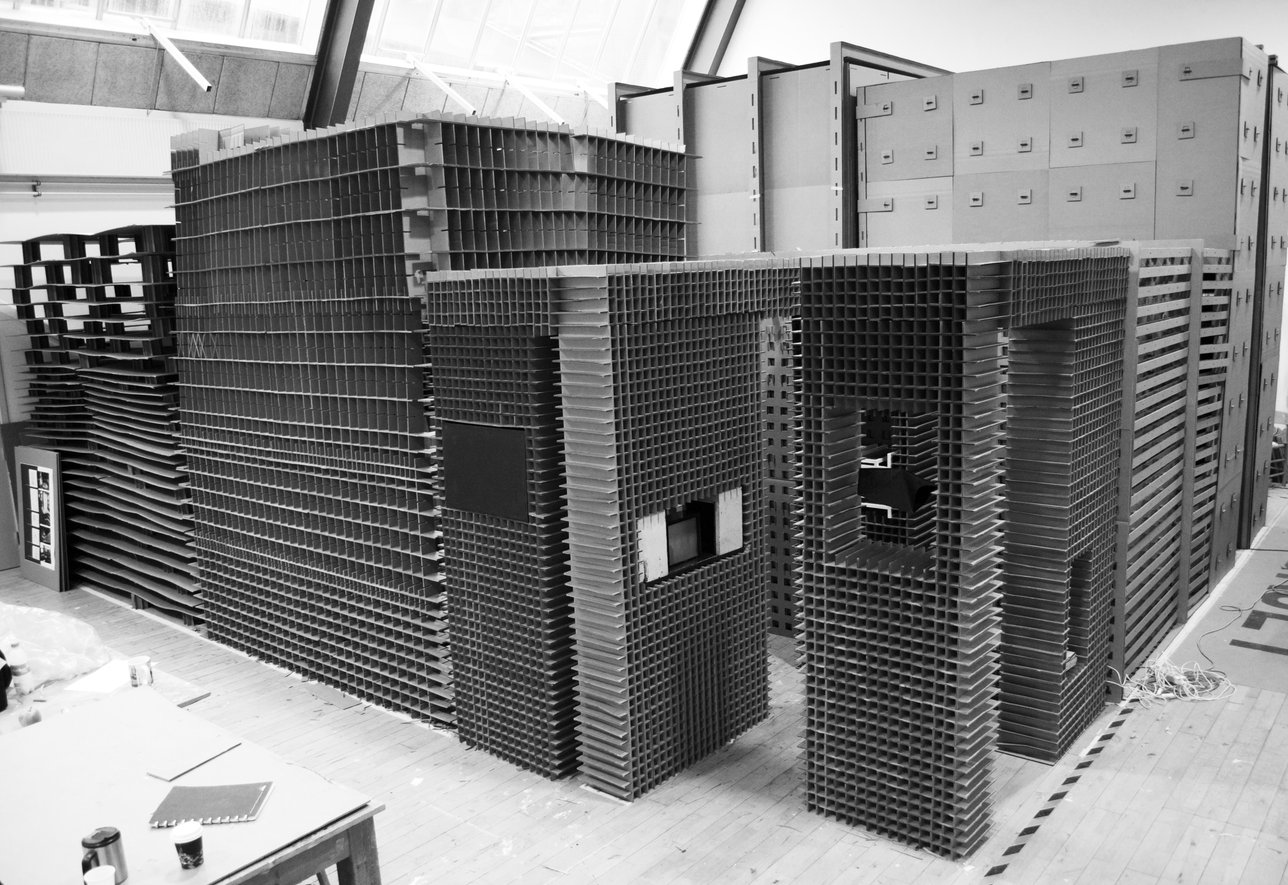 The truth is that the computer does a lot of thinking for us. This ambitious project was sketched up in Rhino. Cutting lines were produced using the plugin program RhinoNest, exported as illustrator files and uploaded in the digital cutter software. Now, this is where the reality of our very complex design revealed itself. Materials, in reality, have among other things mass, texture and weight, restrictions the 3D program does not account for. We learned the hard way of how little RhinoNest relates to the reality of assembly. First of all, we were faced with hundreds of pieces of wallpaper. Each one is a different shape ordered by numbers, in a system where every piece had its own very specific place in this huge puzzle. We calmed our self agreeing on that it would get easier, we just had to assemble the flooring then the rest would find its place, easy peasy. This was not the case. Assembling the walls we had to improvise skipping every other horizontal lamella because of that it simply got to tight to slide in every lamella in its place. The cuts would have needed to be wider than we initially measured the material thickness to be. Next we realised we literary had to cut all our corners because of that it’s physically impossible to slide them in to place. By now the whole structure was starting to suffer from lack of stability. We were working day and night, spending approximately thirty hours cutting, twenty hours on generating presentation drawings and sixty hours assembling. 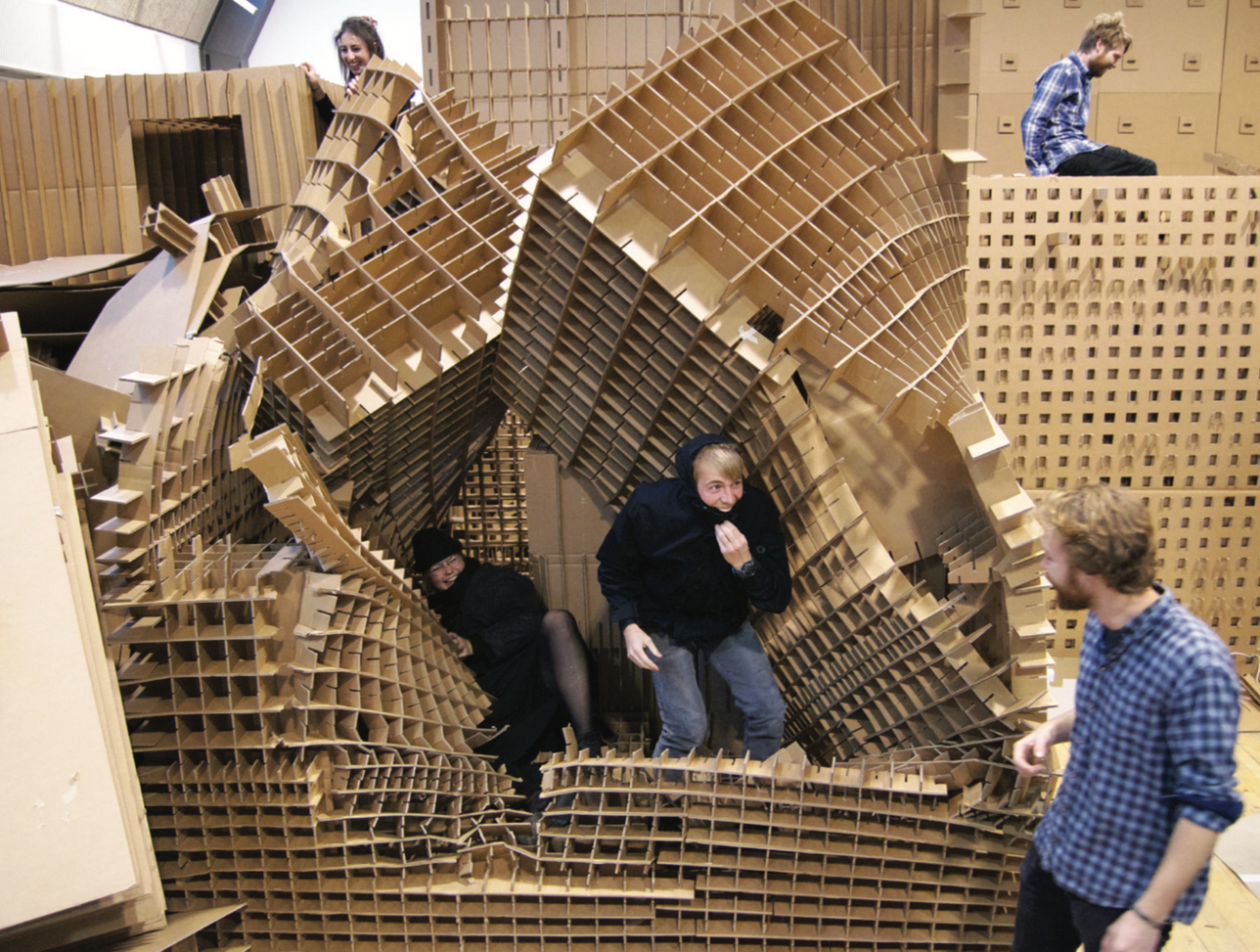 On demolition day Kirstine and Kristoffer jumped straight through the wall. Photo by Cecilia Margareta Tjärnberg 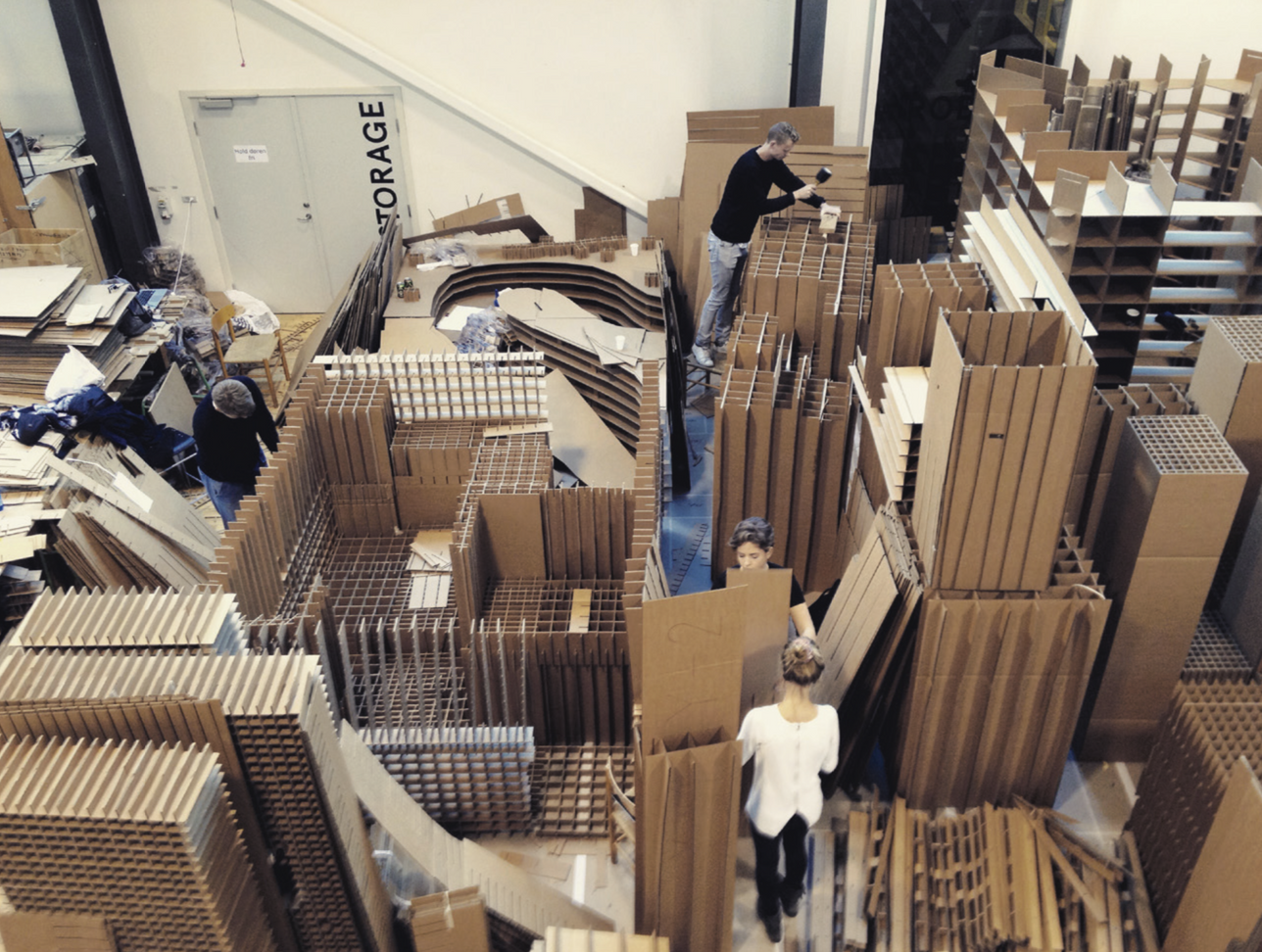